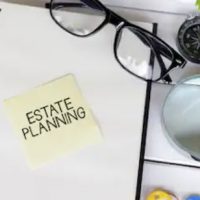 The type of dispute over the estate of a deceased person that attracts the most media attention is the disputes between a wealthy man’s widow and his children from a previous marriage.  The tabloid press and its successor, clickbait journalism, often play up the drama of the acrimonious relationship between a stepmother and stepchildren who no longer have to be civil to each other now that the relative they have in common has died.  Because the law tends to pass a married person’s assets to his or her surviving spouse upon the first spouse’s death, it is important to write a will and to specify in detail which assets you want to bequeath to which family members if you want to leave all or part of your estate to a family member other than your current spouse.  A Washington DC estate planning lawyer can help you make plans now to prevent legal disputes among your heirs in the future.

Lifelong Baltimore resident Tom Clancy amassed a considerable fortune through his espionage novels and the films based on them, including The Hunt for Red October and Clear and Present Danger.  When he died at age 66 on October 1, 2013, he owned a collection of vintage firearms, manuscripts, telescopes, and a World War II tank, and he was part owner of the Baltimore Orioles baseball team.  Clancy had four children from his marriage to his first wife Wanda; they divorced in 1997.  He then married his second wife Alexandra in 1999, and they had a daughter together.

Tom Clancy set up several trusts to benefit Alexandra and his children and grandchildren.  He named his lawyer, J.W. Thompson Webb, as the executor of his will, which left one third of his estate, including several real estate properties, to Alexandra.  Several months his death, Clancy amended his will, specifying that Alexandra’s share of the estate must only include assets that would not require her to pay estate taxes.  In other words, the burden of paying estate taxes was to fall entirely on Clancy’s son and three daughters from his first marriage.  After Clancy’s death, however, Webb filed a complaint in Baltimore Orphans’ Court, requesting that Alexandra pay a share of the estate taxes; Clancy’s estate was valued at $82 million, and the estate taxes owed on it were $16 million.  Alexandra Clancy filed a lawsuit in response, alleging that the amendment to Clancy’s will, made with Webb’s guidance, did not accomplish its intended purpose of protecting Alexandra from having to pay estate taxes.

Although the lawsuit is ongoing, a resolution is possible.  It appears that Clancy was prudent in his estate planning decisions.  He named a professional as executor of his will, which is a wise thing to do when a dispute is likely to arise over which family member should be the executor.  He set up trusts, which greatly reduced the amount of estate taxes owed.  Most importantly, he wrote a will and continued to update it.