Widow Of Bakery Tycoon Withdraws Lawsuit Against Stepchildren Over His Estate 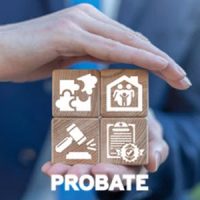 Almost everyone in Maryland has eaten a piece of bread or a sandwich bun that came from a bakery belonging to John Paterakis.  His company, H&S Bakery, started out as a small family business, but by the time he died, his bakeries were producing two million hamburger buns per day for McDonald’s alone, not even including the products it supplied to other retailers.  By some estimates, Paterakis owned assets valued at more than $1 billion.  From his death in 2016 until now, his widow was involved in a legal dispute with the personal representatives of his estate, namely one of his sons and one of his daughters from his first marriage.  This week, the Baltimore Sun announced that Mrs. Paterakis has withdrawn her lawsuit against her stepchildren and a business associate of her husband’s over her inheritance.  The battle over the Paterakis fortune represents the worst-case scenario as far as probate disputes, but even a dispute over a smaller estate can be stressful.  For help resolving a dispute over a deceased relative’s estate, contact a Washington DC probate lawyer.

John Paterakis, like many wealthy people, kept many of his assets in trusts.  According to his wife Roula, with whom he was in a relationship since 2001 whom he married about a year before his death, he also kept millions of dollars in cash in safes located on his real estate properties.  When John Paterakis died, the value of his assets that went through probate was only $200,000, but his net worth was nearly a billion dollars, if not more.  His six children from his first marriage were the main beneficiaries of his non-probate assets; two of them, his son William Paterakis and his daughter Venice Paterakis Smith, were also the personal representatives of the estate.

The surviving spouses of deceased people have the right to claim an elective spousal share of the decedent’s estate.  Since John Paterakis had surviving children, Roula’s elective share would have been one third of his estate.  One third of $200,000 is a negligible amount of money compared to the total of the Paterakis family fortune, so in Roula’s 2017 lawsuit, she tried to persuade the court to include some non-probate assets in the valuation of the estate.  During the course of the bitter battle, she also accused her stepchildren of depleting their father’s cash assets during his final illness, while they accused her of greed and material excess.  In 2021, she withdrew her lawsuit without the court awarding her any additional assets.  She is still wealthy by most estimates, though; she owns the house where she and John Paterakis lived together, as well as bank accounts worth about $800,000.

A probate lawyer in Southern Maryland can help you if family members who never accepted you are using probate as a venue in which to antagonize you.  Contact Tobin O’Connor Concino P.C. for help.