When Interested Parties Disagree About The Value Of An Estate 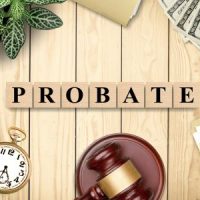 The tabloid headlines light up whenever a probate dispute rises over a wealthy man’s estate, especially if the parties to the dispute are the decedent’s widow and his daughter from a previous marriage.  Gossip columnists love to speculate about how the feud between the two women actually began; they often attribute it to decades-old competition over the decedent’s attention and affection.  In real life, probate disputes often arise because of much more mundane matters.  Disputes between a surviving spouse and the decedent’s children from a previous marriage are common, though, because they are an area that the law leaves open to disagreement.  The only person who has the right to override a will is the decedent’s surviving spouse, who can claim a percentage of the estate (known as the elective share) even if the decedent left them nothing in the will.  Of course, the elective share is a percentage, so in order to know how much the spouse can claim, the probate court must first know the value of the estate, which can also be a matter of contention.  If you are involved in a probate dispute over an elective spousal share or the value of an estate, contact a Maryland probate lawyer.

Ronald and Angela married late in life, although the probate court’s decision does not mention when.  In a codicil to his will, which he signed in his last year of life, he recognized Angela as his wife but did not leave her any property.  This situation is fairly common among couples who marry late in life, especially when both parties have separate property and when they own a house as tenants by the entireties or when the decedent gives the surviving spouse lifetime estate to live in the marital home.  (Lifetime estate is when the surviving spouse can stay in the house for life but does not own it, and when the surviving spouse dies, another heir inherits the house.)

After Ronald’s death in 2014, a dispute arose between Angela and Ronald’s daughter April, who was the personal representative of the estate.  One point of dispute was personal property that April took from the marital home after Ronald’s death; April claimed that the items belonged to her late mother.  The bigger issue, though, was Angela’s efforts to claim an elective share of the estate; Angela and April disagreed over the value of two houses Ronald owned.  The court sided with April by accepting the lower value of the houses, which meant that the estate was insolvent (its debts exceeded its assets), and there was nothing for Angela to claim.

Your Washington DC probate lawyer can help with the probate of any estate, not the ones with the highest dollar value.  In fact, if the estate’s debts exceed its assets, you are even more in need of a probate lawyer to protect the heirs’ interests.  Contact Tobin O’Connor Concino P.C. for help today.