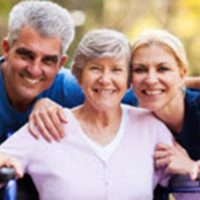 An Extraordinarily Detailed Will for a Young Decedent

Andrea Straka died in 2016 at age 37, following an illness caused by a methicillin-resistant Staphylococcus aureus (MRSA) infection.  Less than a week after her death, her father George Straka filed a petition with the court to open her estate for probate.  As far as he knew, Andrea did not leave a will.  She did not have children and had never been married; one of the closest people in her life was her friend Bill Mumma, who is mentioned in her obituary.  According to the laws of intestate succession, if an unmarried, childless person who dies without a will is survived by his or her parents, the parents inherit the person’s assets.  Straka estimated the value of Andrea’s estate at $300,000, mostly in the form of real estate.

If people in your deceased family member’s life are telling conflicting versions of what the decedent wanted for their estate, you need a lawyer.  Contact the Washington DC probate attorneys at Tobin, O’Connor & Ewing for help.