The Owners of Two Businesses Signed a Partnership Agreement, but Then One of Them Started Treating the Other Like a Tenant 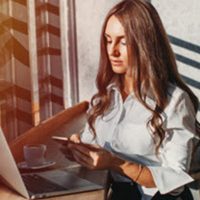 Things get complicated when small businesses get big.  One of the most memorable episodes of Reading Rainbow featured the book Little Nino’s Pizzeria, about a family that owns a small neighborhood restaurant.  An investor approaches Nino and convinces him to open a bigger restaurant, but while customers enjoy Big Nino’s as much as its small predecessor, the big restaurant is nothing but stress for Nino and his family, so Nino ends the business partnership and goes back to his old restaurant location.  In the story, everything goes back to normal; the family gets their old restaurant back, and Nino renames it after his son Tony.  In the real world, there is rarely a happy ending; a family-owned small business and a big corporation that invests in it are rarely on equal footing in a business dispute.  If your small company’s attempts to partner with something bigger have gone wrong, a Maryland business law attorney will defend your rights, no matter how big the corporation that broke its promises to you.

The Haven on the Lake Dispute

Tori Paide and Marla Peoples are acupuncturists who have engaged in several business ventures together.  Their most successful was a spa called the Still Point in Takoma Park.  The Still Point was so successful, in fact that, when the Columbia Association (CA) decided to open Haven on the Lake, a luxury spa in downtown Columbia, they chose Paid and Peoples to provide spa services.  CA signed a partnership agreement with the Still Point, in which each party would provide 50 percent of the investment in Haven on the Lake, and in return, each party would receive 50 percent of the profits or be responsible for 50 percent of the losses.

The new spa, which opened in 2015, became an instant success, making a large profit even in its first year.  In 2017, the problems started.  CA began terminating customers’ spa memberships without notice, making spa customers pay extra to use other Haven on the Lake services, such as the children’s play area, and even refusing to allow Paid and Peoples to wash the spa’s towels in the Haven on the Lake’s washing machines.  Paid and Peoples tried numerous times to resolve the conflicts amicably, but when they went to court, CA said that the Still Point was only a tenant at Haven on the Lake and refused to produce the partnership agreement when requested to do so.  The litigation has now been going on for years; Paid and Peoples claim that CA is intentionally prolonging the litigation in attempt to exhaust the Still Point’s resources.  They say it is an example of a big company bullying a small one.

Let Us Help You today

If the story of Haven on the Lake did not convince you that a lawyer can help you, consider that Josh Saviano, the actor who read Little Nino’s Pizzeria on Reading Rainbow when he was in his early teens went on to have a career in law as an adult.  Contact a Washington DC small business lawyer at Tobin, O’Connor & Ewing for help today.