The Orphan’s Court Recognizes Your Same Sex Marriage, Even If Your In-Laws Do Not 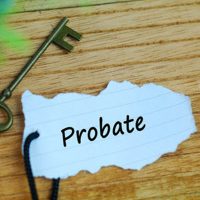 Same sex marriage in Maryland is relatively new, and many same sex couples who had been together for many years took the first opportunity to formalize their marriages, even if that meant traveling out of state to get legally married.  Maryland courts began issuing marriage certificates to same sex couples in 2013, and for several years before that, it had been recognizing the marriages of same sex couples whose marriage licenses had been issued in other states.  Maryland was the first state to legalize same sex marriage through popular referendum, but that does not mean that the problems many same sex couples faced in the way of lack of acceptance by one spouse’s family suddenly vanished.  Sometimes those disputes played out in probate court.  If the family of your late spouse is disputing the validity of your marriage while you try to settle your spouse’s estate, contact a Maryland probate lawyer.

Marsha Richerson and Jacqueline Reynolds lived together as a couple in Maryland and got legally married in Massachusetts.  Marsha died in January 2012, and in February, her sister Dionne Jones filed a petition to probate Marsha’s estate.  The court appointed Dionne as personal representative of the estate.  In March, Jacqueline filed an objection with the orphan’s court; she asked the court to remove Dionne as personal representative and to appoint Jacqueline instead.  In May, both parties appeared at a hearing before the orphan’s court.  Jacqueline argued that, as Marsha’s surviving spouse, she should be the personal representative of her estate.  Dionne argued that Marsha and Jacqueline’s marriage was not legally valid in Maryland because Jacqueline died before Maryland courts began issuing marriage certificates to same sex couples.

The court ruled in favor of Jacqueline, and when Dionne appealed the decision, the appeals court upheld the ruling.  The court reasoned that, in probate cases, as in other kinds of cases, the courts of Maryland recognize the validity of marriage certificates issued outside of Maryland, whether they are from other countries or from elsewhere in the United States.  The only reason that Maryland courts do not acknowledge the validity of a marriage is when it would be “repugnant” to recognize it.  Examples of cases where it would be repugnant to recognize the marriage are if one of the parties is younger than 16 or if it is clear that one of the parties entered into the marriage through coercion and did not consent to it.  At the time of Marsha’s death, Maryland law explicitly stated that it recognized the validity of same sex marriages performed in other states.

When you disagree with your former in-laws about who should be the personal representative of your late spouse’s estate, a Washington DC probate lawyer can help you stand up for your rights.  Contact Tobin, O’Connor & Ewing for help with your case.