The Inheritance Rights Of Former Spouses 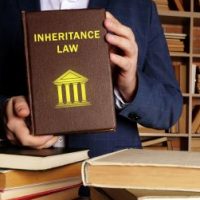 With only one exception, you, as the testator of your will, have the final decision about how much, if anything, each of your relatives will inherit from your estate.  Only your spouse has the right to claim an elective share of your estate, thus overriding the provisions of your will.  If the decedent has children, the spouse’s elective share is one third of the net estate, and if the decedent does not have children, then the spouse’s elective share is one half.  If the marriage ends in divorce, the law assumes that the testator has disinherited the former spouse.  Most of the probate disputes that arise from this rule involve estranged spouses whose divorce has not yet been finalized.  Legal separations, in which the couple stays legally married but formally divides their property (and parenting time, if they have minor children) usually include provisions about whether the pre-separation versions of the parties’ wills still apply.  If you wish to leave money from your estate to your former spouse, you should write a new version of your will after your divorce becomes final.  If you are recently divorced, an estate planning lawyer can help you update your will.

What If You Want Your Ex-Spouse to Inherit from Your Estate?

It’s your will, and you can leave your property to anyone you choose, including distant relatives, relatives by marriage, friends, and charities.  Jesse continued to regard Virginia as a family member long after they ceased to be a couple.  Jesse and Virginia married in 1965 and legally separated in 1996.  (A legal separation is not the same as a divorce.  The parties live separately and divide their property, while remaining legally married.  By doing so, they have access to each other’s insurance and retirement benefits.)  Their legal separation agreement included a provision whereby the parties had the right to leave property to each other in their wills.

Jesse wrote a will in 2003, stating that, if Virginia survived him, she would inherit his entire estate; the will referred to her by name, but it did not say that she was his wife.  If Virginia predeceased Jesse, his sister Mary Ann would inherit the estate, and if they both predeceased him, then Mary Ann’s three children would be the beneficiaries.

Jesse and Virginia divorced in 2006, and he never updated his will.  When he died, Virginia became involved in a dispute with Jesse’s nephew Sam about whether the will was still valid given that the parties had divorced.  Virginia argued that, when Jesse wrote the will, he and Virginia were already legally separated and that their separation agreement had left open the possibility of her inheriting from him.  The situation was so unusual that the judges of the appeals court disagreed with each other about how to distribute Jesse’s estate.

A Washington DC estate planning lawyer can help you rethink your estate plan after a divorce.  Contact Tobin, O’Connor & Ewing for help today.