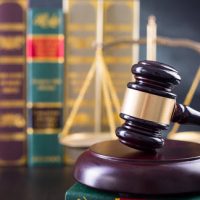 You’ve decided to set your business up as a corporation, but now you find out there are C corporations and S corporations. Do you know the differences between the two so you can decide which is right for you? It’s important to point out that every company is different based on their business goals. This is why it’s important to speak with a Washington DC business law attorney when you’re in the planning stages. This will help you make an educated decision on which business organization structure is best for your company.

When you incorporate, the default corporation type is the traditional C corp. Becoming an S corporation is a special election done through the IRS and is subject to strict guidelines. Not everyone will be eligible for S corporation status.

Both have some similarities in the way they handle ownership, liability, capital, and governance. And, they are both corporations, just one is a separate status that applies to some variations in taxation and ownership.

Similarities Between C and S Corporations

At the end of the day, there are probably more similarities than differences when you compare the two corporation types. The following attributes are found in both S and C corporations:

Differences Between S and C Corporations

The biggest differences between a traditional C corporation and an S corporation revolve around ownership and taxation:

Determining Which Type of Corporation is Right for You

Once again, there is not one corporation type that works best for all businesses. It really comes down to your long-term business goals, among other things. If you’re preparing to incorporate, contact the attorneys at Tobin, O’Connor & Ewing to schedule a consultation. Let one of our skilled business organization attorneys help you decide which business organization type is best for you.