The Castruccio Case: A Dispute Over a Codicil to a Will 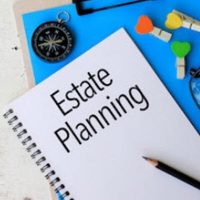 As long as you are alive, the terms of your will are not set in stone.  Revising one’s will at least once is the rule rather than the exception.  For this reason, disputes sometimes arise when family members or other people listed as personal representatives bring differing versions of the will to court for probate.  It is good practice to revise your will whenever there is a change in your family or finances, such as if you inherit wealth from a relative, you have a new grandchild, or one of your children gets divorced.  When the changes you want to make are minor, it is not necessary to write a whole new will.  Instead, you can just write a codicil, which is an amendment to your will.  The provisions of the codicil are enforceable in probate, just like the original will.  For help writing a codicil, contact a Maryland estate planning lawyer.

Details of the Castruccio Case

Dr. Peter Castruccio and his wife Sadie were married for more than 60 years; they did not have any children.  In his will, he designated John Greiber, a lawyer with whom he had maintained a friendship for decades, as the personal representative of his estate.  He provided cash bequests to several long-time colleagues, including $800,000 to his office manager Darlene Barclay.  He left the rest of his estate to his wife on the condition that she have written a will by the time of his death.  In the ensuing probate dispute, Sadie would argue that her husband’s reason for setting this requirement was to ensure that she would not leave assets she inherited from him to those members of her family that he disliked.  The will said that, if Sadie did not have a will when he died, the assets not otherwise designated for a beneficiary in his will would go to Barclay.  In 2011, Greiber wrote a codicil to the will and brought it to Dr. Castruccio’s house for him to sign it; the codicil provided for a $100,000 cash bequest to Daniel Stinchcomb, another of Dr. Castruccio’s colleagues.

When Dr. Castruccio died at age 89 in 2013, Sadie had not written a will; therefore, many assets that would otherwise have gone to her instead went to Darlene Barclay.  Sadie filed a series of lawsuits during the probate process.  She alleged that the codicil was not valid because the witnesses who signed it had not been in the room with Dr. Castruccio when he signed it.  (She had forbidden him to have contact with them in his final months.)  In every case, the court ruled in favor of Greiber in his capacity as personal representative of Dr. Castruccio’s estate.