Review Your Franchise Agreement With A Lawyer Before You Sign 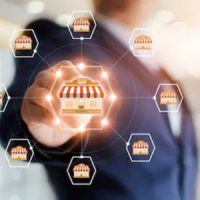 Most of the time, operating a franchise location of a chain restaurant is a sweet deal; it is easy to get started and easy to expand.  The franchise agreement delineates which business decisions belong to you, the franchisee, and which ones belong to the franchisor, the company that owns the entire chain.  For example, if you own the franchise location of a McDonald’s in downtown, D.C., you decide how many burger patties your restaurant needs to have delivered on Super Bowl Sunday (this varies from one location to another, since Super Bowl Sunday is probably a slow day in downtown D.C. but a busy day at suburban McDonald’s locations), but the franchisor decides what the design of the soda cups will look like (since every McDonald’s in the country has the same cup designs).  Sometimes disputes arise when the franchisor makes decisions that are good for the bottom line of the parent company but burdensome to some or all franchisees.  If you are considering buying a franchise location of a chain restaurant, it is a good idea to review the franchise agreement with a Washington DC business law attorney before you sign.

The Lamentations of the Subway Franchisees

For many fast-food chain restaurants, the COVID-19 pandemic brought booming business.  While mall food courts and business district eateries sat empty for the better part of a year, long lines of cars snaked around the parking lots of anywhere that a drive-thru would dispense burgers, chicken, or other comfort foods for an affordable price.  When was the last time you saw a Subway restaurant with a drive-thru?  Before the pandemic, Subway was one of the most lucrative restaurant franchises on the market, despite that its franchisees paid the parent company eight percent in royalties, considerably higher than the royalties charged by most other franchisors.  The pandemic has not been easy on Subway franchisees, as many of them depend on a business lunch crowd or on travelers and commuters; what family stuffs their faces with Subway sandwiches while bingeing Netflix?

The pandemic is not the biggest reason that the fortunes of Subway franchisees has declined since the company hit peak revenue in 2015.  The bigger problem is differences of opinion between franchisees and Subway corporate.  For example, franchisees complain that the five-dollar footlong sandwich promotion is financially unsustainable, yet corporate has refused the requests of many franchisees who wished to stop offering the promotion.  Likewise, franchisees have expressed concern about the safety of the machines used to make cheese melts, a relatively new menu item, and about the legal liability involved if an employee gets injured by one of the machines, but Subway has not been receptive to franchisees’ concerns.  Worst of all, Subway has tried to increase royalties, offering franchisees a Scylla and Charybdis set of alternative conditions if they refuse to pay the higher rate.

If you are considering opening a restaurant franchise for the first time, a Washington DC business law attorney can help you anticipate and resolve potential problems with the franchise agreement.  Contact Tobin, O’Connor & Ewing for help.