Protecting Your Business from a Wrongful Termination Claim 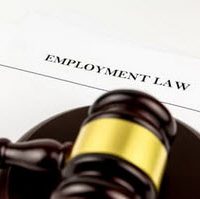 Washington DC is what’s known as an “at will” employment district, which means an employer can typically let someone go from their job for any reason and at any time. While this is generally true, there are a number of federal and District of Columbia statutes that have created exemptions that would make it a violation to terminate someone under those conditions.

Wrongful termination also includes employees who feel they were discriminated against, which may involve covered federal protections until Title VII and other related laws. You cannot fire someone because of their sex, race, age, religion, national origin, sexual orientation, or disability, for example. If you fire someone who has presented a lawful whistleblower claim in connection with potential unlawful or fraudulent activity, there may be separate protections available to whistleblowers.

There are some situations where an employee may feel they were wrongfully terminated, but it does not fall under the federal or local protections. You have a right to let someone go who you believe made a mistake on their job, or perhaps you do not get along with the employee and they do not fit well within the department. As long as those terminations were based on the wrongdoing or attitude problem rather than based on discriminatory practices, you should not be at risk.

What Remedies do Wrongfully Terminated Employees Have?

If you have a former employee who is claiming wrongful termination, you need to know what potential risks you are facing. Some of the remedies afforded to wrongfully terminated employees include:

As the employer, you are also subject to potential penalties resulting from your failure to abide by federal and/or state employment standards. Some of these may include:

If you have a business in the Washington DC area, contact the knowledgeable employment law attorneys at Tobin, O’Connor & Ewing at 202-362-5900 to schedule a consultation.