Probate Disputes About Disinterment of Remains 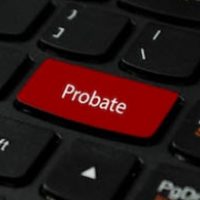 Most probate disputes are directly or indirectly about money.  The parties’ ultimate motivation is usually to determine that they get their fair share of the decedent’s estate.  Sometimes there are other issues involved, such as whether the will was forged or signed under duress or undue influence.  The parties might even disagree over which state’s courts have jurisdiction to probate the estate; this issue often arises regarding estates where the decedent spent the summers in Maryland and the winters in a warmer climate.  In some disputes, a familiar member disagrees with the way the personal representative is handling the administration of the decedent’s will.  In rare cases, someone might disagree with where the personal representative had the decedent’s body buried and might even request that the body be disinterred and then re-buried elsewhere.  A Maryland probate lawyer can help you resolve any dispute regarding an estate that has yet to settle, including a dispute about disinterment of remains.

Ann Freeman lived her final years in Georgia; she resided with her niece Marilyn Berger until her health declined to where she entered an assisted living facility.  Before then, she lived in Florida, where she wrote a will in 2007.  Widowed and childless, Mrs. Freeman designated Marilyn as personal representative of her estate.  While she lived in Georgia, she also granted Marilyn power of attorney and authority over her affairs.  The will also stated her wish to be buried next to her late husband in the King Solomon Cemetery in New Jersey.

When Mrs. Freeman died in 2010, Marilyn arranged a burial for her in accordance with verbal instructions that Mrs. Freeman had given to her on several occasions during her final years.  Specifically, after the completion of Jewish funeral rites in Florida, Mrs. Freeman’s body was transported to Maryland and buried in her family’s burial plot at Arlington Cemetery of Chizuk Amuno Congregation in Baltimore.

In February 2011, Marilyn’s sister Elizabeth Unger filed a petition to probate the will in DeKalb County, Georgia, so that she could then attempt to have Marilyn removed as personal representative of the estate.  In September of that year, she also filed a petition in Maryland to have Mrs. Freeman’s remains disinterred and moved to New Jersey.

What ensued was a complex legal dispute over which courts had jurisdiction to resolve the dispute and whether the decedent’s remains should be disinterred.  The appeals court in Maryland reasoned that the preferred option is to avoid disturbing a body after it has been laid to rest, unless there is a valid reason to disinter it.  The appeals court did not say whether Elizabeth’s objection about Marilyn’s failure to follow the instructions in the will qualified as a good reason.  The judge cited a case where a Maryland woman petitioned to have her ex-partner’s body disinterred in West Virginia for purposes of DNA paternity testing.  If it was determined that the man was the biological father of the petitioner’s minor daughter, then the daughter would be entitled to the man’s workers’ compensation death benefits.

A Washington DC probate lawyer can help you if your estranged siblings use the probate of a deceased relative’s estate as a venue to air grievances about you.  Contact Tobin O’Connor Concino P.C. for help with your case.