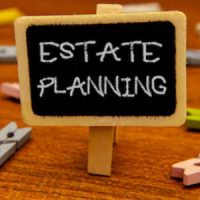 When a person dies, their estate goes through a judicial review process called probate, but the estate may not include everything the deceased person owned when they are alive.  The main purpose of probate is to carry out the instructions in the deceased person’s will; if the person did not leave a will, then the assets are distributed according to legally prescribed guidelines.  It is possible to make some of your assets pass directly to the beneficiary of your choice upon your death.  One of the most common ways to keep your assets out of probate is to place them in a trust.  A recent highly publicized dispute over a Maryland estate was more than just the typical feud between a stepmother and stepchildren that one finds in the tabloid press; from a legal standpoint, it illustrates the difference between keeping one’s assets in cash or in trusts.  If you have questions about placing your assets in trusts, contact a Maryland estate planning lawyer.

Details of the Paterakis Case

John Paterakis made his fortune as the owner of the H&S Bakery, a company founded by his immigrant father.  He had six children from his first marriage, and a year and a half before his death, he married his partner Roula, with whom he had been in a relationship since 2001.  He was exceedingly wealthy when he died in October 2016, but most of his assets did not go to probate.  His estate, as assessed during probate, was only valued at $115,354.  The personal representatives of his estate were his son Bill and daughter Vanessa.  His widow Roula filed a lawsuit, alleging that Bill and Vanessa should not be the personal representatives because they were intentionally withholding money that Roula should inherit.  Roula claimed that Paterakis’ net worth was more than a billion dollars; she said that he kept large reserves of cash, which his children kept for themselves and failed to report to the probate court.  The defendants responded by saying that the reason the value of the estate was so low in probate was that Paterakis kept most of his assets in trusts which he had set up before he and Roula began their relationship.  The court gave Roula the option of suing to receive one third of her late husband’s estate, as Maryland law grants this right to surviving spouses.  Eventually, the court dismissed Roula’s lawsuit.

This case illustrates why people set up trusts.  A wealthy person, even a billionaire, can keep most of their assets out of probate simply by putting them in trusts.  When you name someone as a beneficiary to a trust, they receive the assets you designate for them, without probate or any other kind of interference from the court.