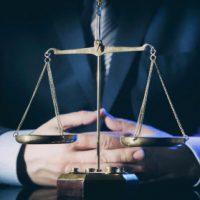 If you are a new business owner, you likely have more than enough on your plate already trying to get everything up and running, and handling all the challenges that come with the day-to-day operations. The last thing you want to think about is someone suing you when you are just starting out, but that is commonly what patent trolls do.

What is a Patent Troll?

The term patent troll refers to someone who looks for potential patent infringement cases to take to court just for profit or in an attempt to shut down competition. The term can encompass a variety of activities that use patents and the court system in order to turn a profit.

Patent trolls are people who typically have no intention of creating a product or starting a service utilizing a patent. They often obtain patents from companies that are failing or from cash-strapped inventors. While the U.S. Patent and Trademark Office (PTO) is charged with strictly monitoring patent applications, some get through that aren’t necessarily creative or new. They are so broadly defined that they could be applied to other technologies, some of which may already exist or be used. This is where these “patent trolls” dig in and claim infringement even though there technically isn’t one.

What Patent Trolls Do

The patent troll takes advantage of these situations and then sues or threatens to sue the infringer. Since the person or entity makes no products of its own, there is no risk of a potential countersuit. These claims can cause the victim to rack up significant legal expenses in order to defend them. Due to the high cost of discovery and the fact that these cases can drag on for years, many companies will agree to settle, even though the claim is absurd.

Don’t assume that patent trolls only go after small businesses who don’t have the financial resources to fight back either. Even Apple has been sued by patent trolls. After an eight year legal battle, Apple was ordered to pay $500 million to a patent-assertion entity who claims iMessage infringed on one of the patents they hold in regard to internet-based communications.

Before venue shopping was outlawed, patent trolls tended to go after large corporations with deep pockets because they did business in most states, allowing the patent trolls the freedom to pick the best venue. Now, they often go after smaller businesses and startups whose business could be threatened by defending a lawsuit. Their trick is to send initial letters that say that if you pay a relatively reasonable one-time fee, they will send a permanent license and drop their intention to sue.

If you are potentially being pursued by a suspected patent troll, it’s important to speak with a Washington DC business litigation attorney first. Contact Tobin, O’Connor & Ewing to schedule an initial consultation.