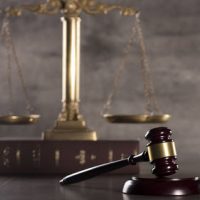 According to various media reports, U.S. Immigration officials conducted a nationwide raid of 7-Eleven stores on January 10, 2018, which resulted in the arrest of 21 people believed to be in the country illegally. It’s the biggest immigration crackdown in recent years, with agents targeting nearly a hundred stores between California and New York, including some in Washington DC.

U.S. Immigration and Customs Enforcement (ICE) agents served employment audit notices at these stores, putting 7-Eleven managers and franchise owners on notice of plans to open employment audits and interview workers. They were given three days to comply and verify all workers’ immigration status.

ICE officials warned these raids were a notice of what U.S. businesses can expect this year. Derek N. Benner, acting head of ICE’s Homeland Security Investigations, told media outlets that employers can expect to see more and more of these raids. They plan to target everyone, not just large companies, if they believe undocumented workers are being hired. Once the raids take place, they will examine each individual business to determine whether cases require administrative posture or a full criminal investigation.

It’s said that the raids were a result of a 2013 ICE investigation that ended with charges against nine 7-Eleven managers and franchisees in New York and Virginia. It’s alleged these stores used stolen identities of more than 25 individuals in order to provide employment for more than 100 people who were in the United States illegally. Eight of those who were accused pled guilty and agreed to pay back more than $2.6 million in prior wages, while the ninth individual was arrested last November.

If you own any business, small or large, you are required to follow all Department of Labor laws. One of the most important sections deals with employee status. Under the INA, businesses can only hire individuals who are legally authorized to work in the United States. This includes U.S. citizens and nationals, as well as aliens authorized to work in the county. All employers must verify the identity and employment eligibility status of employees. They must complete an I-9, which is the Employment Eligibility Verification Form, and keep it on file for a minimum of three years, or a year after employment ends, whichever time period is longer.

Employers are required to do record keeping and reporting of all alien and foreign workers hired. Requirements vary based on classification of the workers under the specific INA chapters. Employers who fail to comply with obligations as outlined for each visa classification is subject to penalties specific to that visa program. In addition, any employer who doesn’t complete and return I-9 forms is subject to penalties, which is enforced by the Department of Homeland Security.

On the flip side, the INA also protects potential employees against discrimination in hiring or termination on the basis of their national origin and citizenship status. Anti-discrimination provisions are enforced by the Department of Justice’s Office of Special Counsel for Immigration Related Unfair Employment Practices.

Labor law provisions are complex. It’s imperative as an employer that you follow all legal obligations while ensuring you’re not violating any anti-discrimination laws either. With the crackdown on undocumented workers planned for this year, it’s even more important to hire a skilled Washington DC labor compliance attorney who can help ensure you are in full compliance. Contact the team of Tobin O’Connor & Ewing today to schedule a consultation and let our knowledgeable team of attorneys handle all your labor compliance and other business law needs.