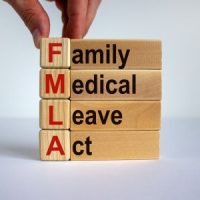 Even if your children are grown up, you probably remember the go-to topics that you would discuss when your children were small and you met someone else with a child close in age to yours.  Depending on the children’s age, preschool routines, toilet training, first words, and adorable gummy grins probably came up frequently, as did the pressure on parents to return to work when their babies were so young, they only slept in two-hour intervals.  The United States is a glaring exception among highly industrialized countries in that there are no federal laws requiring paid leave for the parents of newborn or newly adopted children.  In fact, the U.S. does not even have federal laws requiring employers to provide paid leave for employees who must miss work because of their own health concerns.  Until recently, whether to offer paid family and medical leave, but an increasing number of states have enacted paid leave legislation at the state level, and the District of Columbia also requires employer-provided paid leave.  For the past several years, Maryland lawmakers have introduced similar bills, but various obstacles have prevented these from becoming law.  2022 might be the year that Maryland begins requiring employers to offer paid leave to their employees.  To find out how more about the proposed laws will affect your workplace, contact a Washington DC small business lawyer.

Will Maryland Be the Next State to Require Paid Family and Medical Leave?

According to the U.S. Bureau of Labor Statistics, fewer than a quarter of American workers have employer-provided paid family and medical leave at their places of employment.  The Family and Medical Leave Act (FMLA) is a federal law, but it only entitles employees to take an unpaid leave of absence from work because of the employer’s own illness, family caregiving obligations (including caring for a newborn infant), or the employee’s spouse’s military service.  The employer’s only obligations under FMLA are not to terminate the employee’s employment and not to take an adverse action against the employee.  In other words, the employer only has to give the employee their job back at the end of the FMLA leave.

Some Maryland lawmakers argue that the current laws place an unfair financial burden on employees; illness can happen to anyone or anyone’s close family member.  In 2019, some Democratic legislators from Maryland introduced the Time to Care Act, but it never made it past the committee stage.  Similar bills were introduced in 2020 and 2021, but the COVID-19 emergency posed obstacles to the passage of those bills.  This year could be different, as Del. C.T. Wilson, Del. Kriselda Valderrama, and Sen. Antonio Hayes have introduced laws that would require all but the smallest businesses to provide paid leave benefits to employees in circumstances similar to the ones currently covered by unpaid FMLA leave.

A business lawyer can help you implement paid leave policies for your employees, before or after laws go into effect requiring it.  Contact Tobin, O’Connor & Ewing for help today.