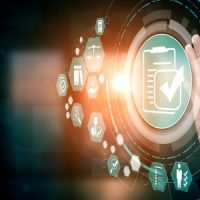 You can’t please all the people all the time, and this is just as true for businesses as for individuals.  Complaints about your business practices or the actions of people associated with your company are almost an inevitable part of doing business.  Some people find it stressful to deal with angry emails from dissatisfied customers, but others thrive in a problem-solving role like that.  Likewise, all except the smallest businesses have human resources departments dedicated to resolving issues raised by employees.  When your company is the subject of a fraud investigation or lawsuit, though, it is stressful for everyone.  While it is legally permissible for companies to represent themselves as defendants in lawsuits, it is not advisable.  If someone has filed a lawsuit against your business because of fraud or some other allegation, or if they are threatening to sue, contact a Washington DC commercial litigation lawyer.

Candy Burns was the owner of Peninsula Internal Medicine, a medical clinic in Salisbury, Maryland.  Kimberly Elliott began working for Peninsula as an office manager in 2007, and beginning in 2009, she noticed that some of the insurance claims the office was filing seemed suspicious.  Specifically, the office sent many bills for blood tests that had never been done; the claims falsely stated that the blood draws had taken place at the LabCorp laboratory in the same building as Peninsula.  Peninsula also billed Medicare and Medicaid for smoking cessation counseling sessions that never occurred.  In 2012, Burns terminated Elliott’s employment after Elliott refused to submit claims that she suspected were fraudulent.  The fraudulent billing continued until 2016, however.

In June 2019, the United States indicted Burns on charges of healthcare fraud.  In December of that year, Burns suffered a brain aneurysm and never regained consciousness; she died in January 2021.  The United States dropped the indictment against her in 2020.  Meanwhile, the case against Peninsula Internal Medicine continued.  The case settled in March 2022, when Peninsula paid a settlement of just over $286,000.  Elliott, in her capacity as a whistleblower under the federal False Claims Act, received a payment of just over $57,000 from the settlement.

Under the False Claims Act, an employee who informs regulators or law enforcement of fraud against the federal government at their workplace can file a qui tam action.  This is a whistleblower lawsuit where, if the court orders the employer to pay a settlement, the whistleblower is entitled to a share of the settlement; the whistleblower’s share is usually between 15 and 25 percent.  Healthcare fraud cases account for a large percentage of qui tam actions in recent years.

Medical billing can be a minefield for conflict, even if you keep meticulous records of all payments you make and receive.  A business litigation lawyer can help you if your medical office is facing lawsuits related to billing, insurance claims, or other aspects of its business practice.  Contact Tobin O’Connor Concino P.C. for help today.