Maryland Businesses Still Waiting for Grants and Loans from the State 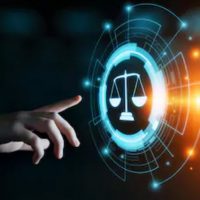 In March, as schools and most businesses in Maryland closed to help slow the spread of the COVID-19 virus, Gov. Larry Hogan announced that the state had pledged $125 million toward relief for small businesses, which applicants could receive in the form of grants or loans. The money was meant to help businesses cover expenses for which business owners were not allowed to use federal Paycheck Protection Program (PPP) funds. The red tape and glitches surrounding the PPP are well documented, and many Maryland entrepreneurs hoped that the state relief fund could help them in ways the federal program could not, but more than two months later, it has not turned out that way. If you are waiting to receive emergency relief funding from the State of Maryland or need advice on how best to use the money you have received, contact a Maryland small business lawyer.

97 Percent of Applicants Are Still Waiting

According to data reported by the Department of Commerce and published in the Baltimore Sun at the end of May, only a small fraction of the money was in the hands of small business owners. Here are the details:

Where to Go from Here

According to a spokesperson for the Department of Commerce, the department has been processing about 200 applications per day, so if you applied for a grant or loan, you may receive the money soon. If you have not already applied, the available funding has likely already been claimed. You may have to come up with an emergency strategy until your business can return to operating at its previous capacity:

Businesses are starting to reopen in the suburbs of Maryland; a small business lawyer can help you find short-term solutions that will not have negative consequences in the long term. Contact the Washington DC small business law attorneys at Tobin, O’Connor & Ewing for help.