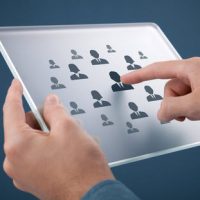 In early August, the Washington Post released a story announcing that Yelp is planning on opening up a new office in Washington, D.C., which will ultimately bring about five hundred new jobs. Yelp has been around since 2004, is an established company, and has had employees in various locations for years. However, that might not be the same for your company, and you might just now be in the process of hiring your company’s first employees. If that is the case, it is worthwhile to know about a few of the agencies and organizations that you may encounter after your company becomes an employer.

Equal Employment with the EEOC

Labor Rights with the NLRB

The National Labor Relations Board (NLRB) is also a federal agency. This one seeks to protect the rights of employees to organize for the purpose of gaining good working conditions. Union activities generally fall under the control of the NLRB. Yet the NLRB protects employees, whether or not they are part of a union. If, after a while, your company’s employees are seeking to organize into a union or join an existing one, then you will want to consult an attorney to help you through the process.

Work Conditions with the DOL

The United States Department of Labor (DOL) is a cabinet-level agency that, among other things, generally seeks to “assure work-related benefits and rights.” Within the DOL, there are numerous agencies, including the Bureau of Labor Statistics (BLS), the Occupational Safety and Health Administration (OSHA), and the Wage and Hour Division (WHD). The WHD is the DOL agency that most employers will interact with regarding matters such as minimum wage, overtime pay, hours worked each week, employment of minors, and more.

Tip of the Iceberg

These are, of course, only a few of the agencies that a company may encounter after becoming an employer. There are also state agencies, local offices, and other federal agencies. Each of these agencies is tasked with governing certain aspects of the relationship between employers and employees. Most of their primary guidance comes from congressional laws, such as the National Labor Relations Act, the Americans with Disabilities Act, the Fair Labor Standards Act, and the Family and Medical Leave Act.

Growing companies often need employees to help the company continue to succeed. However, navigating the waters of employment and labor law can get tricky. That is why the Washington D.C. labor and employment attorneys of Tobin O’Connor & Ewing are here to make the process easier. Contact our office today.