Getting Out Of A Non-Compete Agreement: A Guide For Doctors 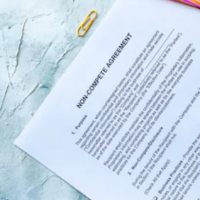 Moving on from an employment relationship where your employer required you to sign a non-compete agreement can feel a lot like trying to move on from your life after a divorce while your ex-spouse follows you around, determined to second guess your every decision until your youngest child graduates from high school.  In the summer of 2021, President Biden issued an executive order that aimed to curb the use of overly restrictive non-compete agreements and granting the Federal Trade Commission (FTC) the authority to impose fines on employers who use non-competes in ways that are detrimental to employees and to fair business competition.  Journalists reported on the alarmingly large number of employees without four-year university degrees who are subject to non-compete agreements.  In some states, practitioners of the most specialized professions also enjoy exemption from non-compete clauses; the reasoning is that, if you have cancer, you need an oncologist, and the least of anyone’s worries is whether, by treating you, your oncologist is cutting into the bottom line of some other oncology clinic where they used to work.  Maryland, unfortunately, offers no such protections for specialist physicians and other employees whose jobs require highly specialized knowledge.  If you are involved in a dispute over a non-compete agreement for a healthcare professional, contact a Washington DC commercial litigation lawyer.

Even in a place like the Washington, D.C. area, one of the world’s leading centers of medical research and home to several medical schools, there are only so many employers for any subspecialty of medicine.  If a non-compete clause was part of your employment contract, you probably signed because you needed the job.  If, after the employment relationship ends and you get a new job, your employer alleges that you are violating the non-compete agreement, how can you tell your ex-employer to back off so you can get on with your career?  These are some defenses that might apply if your former employer accuses you of violating a non-compete agreement:

A business lawyer can help you if your former employer is threatening to sue you for breach of contract.  Contact Tobin O’Connor Concino P.C. in Washington, D.C. or call 202-362-5900.