Equitable versus Legal Remedies in a Breach of Contract Case 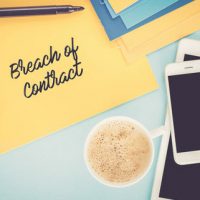 If you are a small business owner, it’s inevitable that at some point you may encounter a client or vendor who breaches a contract with you. If you are preparing to sue someone for a breach of contract, you may have an option between equitable and/or legal remedies. Legal remedies are ones that allow the party not in breach to recover money, whereas equitable remedies involve resolution through non-monetary solutions.

Equitable remedies are actions rather than a financial award. They are often granted when monetary compensation or other legal remedies do not provide an adequate resolution. The court may require that legal damages must be unavailable before a judge will award equitable relief. In other cases, the judge may award equitable relief if it’s difficult to calculate an actual amount of damages.

Some equitable remedies may include:

In a breach of contract case, legal remedies can take several forms in the way of monetary compensation. These are compensation for damages sustained as a result of the contract breach. In addition, the court may issue reimbursement for various items like out-of-pocket costs associated with the breach, or in limited situations, a judge may award punitive damages to ensure the defendant ‘learns’ from their behavior.

For example, if you entered into a contract for 100 hours of work, but the client cancels during the course of the contract, then you have a breach of contract case for the income you lost by the cancellation. If you hire an agency to complete a project within a certain time frame and lose out on $5,000 because they didn’t complete their deliverables, you can sue for breach of contract.

If you run a business, it’s important to have a Washington, DC business attorney who can provide advice and handle legal matters as they arise, including a breach of contract. Tobin O’Connor & Ewing has two decades of experience protecting the rights and interests of businesses in Washington DC. Contact us at 202-362-5900 to schedule a consultation.