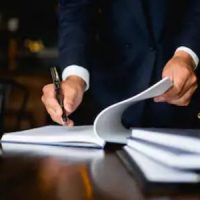 The Washington, D.C. metropolitan area arguably has more secrets than anywhere else in the United States.  If you ride the Metro to work, chances are that the person next to you has a security clearance that prevents them from going into much detail about their workday.  The District of Columbia also has more lawyers per capita than anywhere else in the country, and attorney-client privilege stops them from blabbing about their cases at happy hour.  In this town, asking an employee to keep quiet about their work-related knowledge is business as usual, but what if you are using what you learned at a previous job to take the next step in your career?  Restrictive covenants, also called non-compete agreements, prohibit employees from taking proprietary knowledge they gained from the employer and using it to help a competitor company or founding a new company that directly competes with the employer.  There is a fine line, though, between protecting your trade secrets and micromanaging your former employees.  A Maryland business law attorney can help you resolve disputes related to non-compete agreements.

The Case of the Feuding Radioactive Waste Cleanup Companies

The National Institutes of Health had a contract for removal and transportation of hazardous and low-level radioactive waste with Ecological Services, Inc., a waste removal company based in Columbia, Maryland, and the contract was set to expire in 2004.  Since the NIH had a policy of contracting with local small businesses for these services, and since Ecology Services had grown during the contract period to the point that it no longer qualified as a small business, the NIH did not renew the contract.  The NIH accepted bids from small businesses and chose Clym Environmental Services.  Ecology Services sued Clym and its employees Kenneth Eubanks, Jerriel Neloms, Raymond Osmond, and Robert Volkert because the four men had been employees of Ecology Services in the 1990s and had worked at the NIH campus in connection with the waste removal contract between the NIH and Ecology Services.  The company alleged that the former employees violated a noncompete agreement by going to work for Clym, a company that provides services similar to those offered by Ecology Services.

Noncompete agreements must meet a very strict set of criteria to be enforceable; your former employer cannot use them to boss you around after you stop working for them.  Contact a Washington DC small business law attorney at Tobin, O’Connor & Ewing for help.