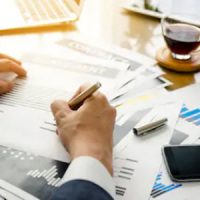 Mirabelle and Annabelle Settle Their Dispute Over a Non-Compete Agreement

Mirabelle is a fine dining restaurant in the Dupont Circle neighborhood of Washington DC; its owner is Hakan Ilhan, and the restaurant styles itself as serving global French cuisine.  Annabelle, another fine dining restaurant located several blocks away from Mirabelle, belongs to Ashok Bajaj and describes its cuisine as modern American.  When Frank Ruta was hired as a chef for Mirabelle, he signed a non-compete agreement promising that, if he quit working at Mirabelle, he could not accept a job in a similar restaurant within a ten-mile radius until two years after he had stopped working at Mirabelle.  The agreement also stipulated that Ruta was not allowed to recruit Mirabelle staff or solicit Mirabelle customers to his new restaurant until two years after his employment with Mirabelle ended.

In July 2018, Ruta was laid off from Mirabelle, as was pastry chef Aggie Chin.  Shortly thereafter, Ruta applied for a job at Annabelle and began working there.  After Ruta attempted to recruit several employees from Mirabelle, Ilhan sued Ruta, alleging that Ruta violated the non-compete agreement by working for a restaurant so nearby and with such a similar name within months of leaving Mirabelle.  Ruta responded that the non-compete agreement would only apply if he voluntarily quit working for Mirabelle.  Since it was Ilhan who chose to terminate Ruta’s employment, Ruta should not have to abide by the terms of the non-compete agreement.  The parties settled their dispute in February 2020, without any money changing hands.  In an interview with the Washingtonian, Ilhan said that he had never intended to stop Ruta from getting another job after firing him; the real issue was Ruta’s attempts to recruit employees and customers to Annabelle from the kitchen and dining room of Mirabelle.  He said that he was glad the dispute has been resolved.