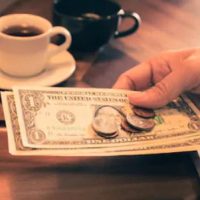 For months, the discussion about the midterm elections has been dominated by speculation about which candidates would win seats in Congress, but meanwhile, many states and the District of Columbia distributed ballots asking voters to vote directly for or against specific policies relating to issues such as abortion and cannabis policy.  Here in Washington DC, citizens cast their votes about Initiative 82, a proposition to raise the tipped minimum wage gradually over the course of several years, until it becomes equal to the minimum wage for employees whose compensation does not include tips.  Voters chose to approve Initiative 82, with more than two thirds voting yes.  If you operate a business where some of the employees earn a tipped wage, you will need to adjust your budget in the coming years to account for the higher wage for restaurant servers and others who work in positions where customers are expected to tip.  The first step to making your small business comply with the new law is to contact a Washington DC small business lawyer.

How Does Initiative 82 Change the Restaurant Industry in the District of Columbia?

Support for Initiative 82 came mostly from workers in favor of laws requiring employers to pay a living wage to all employees.  Much of the opposition to it came from business owners in industries where many employees receive tips, such as restaurants and nail salons.  Their opposition derives from the fact that paying $16.10 per hour to every worker for every hour worked is financially burdensome for small businesses, which have narrow profit margins.  Some restaurant owners supported Initiative 82, and at least 100 restaurants in DC already pay their servers and bartenders at least the non-tipped minimum wage, even without a law requiring this.  Supporters of Initiative 82 also cite their hopes that a consistent rule about how much money employees are entitled to earn will prevent wage theft and disputes over wages.

Reach Out to Us Today