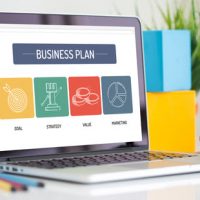 The waterfront area of Southwest DC is just one of the areas in the district that has recently transformed into a trendy, upscale place for DC residents and visitors to the area to socialize.  The project to develop the waterfront required great investments of time and money, as commuters who witnessed the long-standing presence of construction equipment can attest, and the process saw its share of legal disputes.  In October 2019, a court in the District of Columbia issued a ruling in a legal dispute between one of the development companies that participated in the project and an insurance company it had engaged to provide insurance coverage for legal defense costs it might incur in connection to the waterfront development project.  If you are involved in a business dispute with an insurance company or any other party, contact a Washington, D.C. business dispute lawyer.

Rockhill then filed another lawsuit against Hoffman Madison Waterfront, requesting that it repay them 50 percent of the money it had paid to the tenants in their case against the developer.  It reasoned that the tenants had named two defendants, namely Hoffman Madison Waterfront, which had an insurance policy with Rockhill, and Fish Market REIT, which did not.  Rockhill argued that it should not be responsible for the costs of ruling against clients not insured by it.  A court in the District of Columbia sided with Hoffman Madison Waterfront.  In the ruling, it stated that Rockhill did not provide sufficient evidence to show how it arrived at the 50 percent figure.

Financial disputes that must be resolved in court are a fact of life in business, and buying an insurance policy to cover defense costs is wise.  Especially in the real estate development industry, companies rarely work in isolation, so it is common for plaintiffs in legal disputes to name multiple defendants.  To avoid disputes about what your insurance will cover, you should seek out policies that specify which costs the insurance company will insure in the event of multi-party disputes.  Having a business law attorney review your insurance policy is a good place to start.