Communicate Openly with Your Spouse About Your Estate Plan, Even If You Keep Your Finances Separate 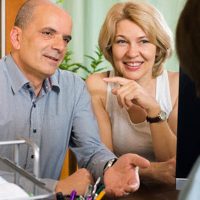 In some ways, a second marriage later in life can be refreshingly drama-free.  You have gained enough wisdom not to fall victim to the insecurities that can lead you to have major battles with your spouse about minor slights.  You can be each other’s confidante and emotional support when co-parenting your children with your respective ex-spouses; you respect each other’s boundaries as parents, unlike your first marriage where you constantly argued about whether the baby was warm enough.  Both parties are adults and recognize each other as such; you wouldn’t dream of scolding your spouse for buying a pair of shoes or a fast food meal.  Before you gloat about your conflict-proof marriage, though, consider that all the secrets concealed by your laissez faire financial arrangement will be laid bare when the inevitable happens to one of you.  How do you think your spouse will react when they find out, during the administration of your estate, all the details of how you managed your money?  No matter how upset they might be, they will take the news much better if you tell them when you are alive.  An estate planning lawyer can help couples whose estate plan accounts for a new spouse as well as children from a previous marriage.

Details of the Schoukroun Case

Gilles Schoukroun and Kathleen Sexton married in 2000, when he was 40 and she was 44; each had one child from a prior marriage.  Since they were both working, they mostly kept their finances separate, except that Gilles took out an insurance policy with Kathleen as the beneficiary.  Gilles was diagnosed with lymphoma in June 2004 and died in October of that year.  After his diagnosis, he executed a will, in which he left his estate to Kathleen and named his sister Maryse Karsenty the personal representative of his estate.  He also set up a trust with his daughter Lauren as the beneficiary; Lauren was 14 years old when Gilles died.  While Gilles was alive, he was the trustee, but Maryse became the trustee upon his death; he named Kathleen as an alternate trustee, to assume the position if Maryse were unable to act as trustee.

When Gilles’ estate went through probate in 2005, Kathleen renounced the will.  Instead of taking the probate estate, she attempted to claim her statutory share of Gilles’ assets, a right afforded to her by Maryland law.  She claimed that Gilles’ trust was set up in a way that violated her right to her share of the marital property, and she requested that the assets in the trust be counted when calculating her statutory share as a surviving spouse.  The probate judge found that Gilles had not meant to defraud Kathleen by setting up a trust for Lauren; therefore, it did not include the assets in the trust as marital property.

You might think that the trust fund you set up for your children from your first marriage is none of your spouse’s business, but talking to them about it now will help both of you make decisions about your estate plan.  Contact the Washington DC estate planning attorneys at Tobin, O’Connor & Ewing for help today.