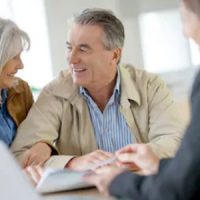 Siblings Feud After Brother Changes His Will

Larry Zannino, Jr. and Salvatore Zannino were friends and business partners as well as brothers.  Together, they ran the supermarket that their father had established, and after they retired, they enjoyed going to the racetrack together.  The two brothers and their five sisters had also inherited several of their real estate properties and businesses, including a chicken farm, from their parents.

Larry had no children of his own.  In the earliest version of his will, he left most of his property to his domestic partner Nora Lundgren and to her son and granddaughter, except for some family businesses, which would go to his siblings.  After she died, Larry rewrote his will three times; with each new version, a greater share of his property went to Salvatore and his sons.  The last version of his will, signed in 2008, left almost the whole estate to Salvatore and his descendants.

When Larry died, his sisters Rose Lancaster and Jeanette Jacobs and his nephews Daniel Bahr and Charles Schuler challenged the will, alleging undue influence from Salvatore.  They claimed that Salvatore was a domineering person and that Larry, who suffered from clinical anxiety, was afraid to go against Salvatore’s wishes.  The court did not accept the challenge.  The judge noted that Larry and Salvatore had a good relationship as business partners and after retirement.  Although the appellants cited times when Larry had acted in accordance with Salvatore’s wishes, Salvatore cited an equal number of times he had not.  For example, Salvatore had urged Larry to get heart bypass surgery as his doctors had recommended, but Larry refused.  Likewise, Larry’s medical records did not suggest that his anxiety got worse after Nora’s death.  As for whether Larry was healthy enough to understand the will he signed in 2008, the court noted that Larry was healthy enough to drive a car safely as recently as 2011.

A Washington DC probate attorney can help you challenge your deceased relative’s will if you believe that your relative signed it under undue influence.  Contact Tobin, O’Connor & Ewing for help with your case.