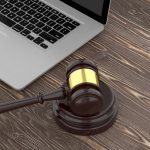 What Should You Do If People and Businesses That Owe You Money Declare Bankruptcy Because of the COVID-19 Pandemic? 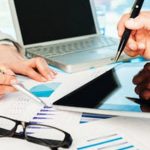 The Paycheck Protection Program Is a Lifeline, but Not a Panacea

Right now in America, almost everyone is glued to a screen.  Toddlers click on candy-colored YouTube videos while their telecommuting parents attempt to get some work done.  College students watch their professors drone on in a small corner of the computer screen, which is mostly taken up by PowerPoint slides.  In the evening, almost… Read More »

The legal world for most Americans is a murky one: an unknown cosmos of rules and regulations, which they hope never crosses over into their own. Unfortunately, the United States of America’s legal system doesn’t always work that way.Sometimes there are important legal steps that people should take to protect themselves from the unknowns… Read More »

When it comes to buying and selling real estate in Washington DC, there are a number of separate laws that makes the whole process quite unique and different from any other place. That is why it is always important to engage a real estate lawyer in any real estate transaction because they are aware… Read More »

The question on whether or not to add a loved one’s name to a title deed is often asked by different groups of home owners. The elderly parent who hopes to bequeath the home to an adult child would assume that adding the name of the child would ensure that the property ownership falls… Read More »

Business disputes are not uncommon in business environments.

Business disputes are not uncommon in business environments. These include ethical issues related to finance and investment, disputes over intellectual property right, breach of fiduciary duty, conflict in employer-employee relation, and disputes related to insurance. In some cases, it is not possible to reach an amicable solution to such disputes through arbitration and negotiation…. Read More »

What is a living trust and how is it created?

A living trust is a trust that is created while the person who creates it (known as the “grantor” or “settlor”) is still living. The trust is created by the simple act of signing an instrument sometimes referred to as a “Declaration” or “Agreement of Trust.”However, no property is governed by the terms of… Read More »

Corporate directors have a fiduciary duty to exercise their directorial powers in the best interests of the corporation rather than in pursuit of their own advantage. However, business deals are rarely a zero sum game. Situations frequently arise where a corporation’s decision to do business with a director in his or her personal capacity… Read More »

Stakeholder Rights During a Freeze Out

Unfortunately, the exuberance and camaraderie that usually comes with the formation of a new business venture does not always last. Relationships between the owners may sour over time or the ownership composition of the company may change entirely. Either situation can ultimately pit owner against owner and even lead to one faction of shareholder… Read More »

The Role of Internal Investigations in Corporate Governance

In order to function, corporations must be able to govern and oversee themselves. Unfortunately, when the issue under review is the board of directors’ or other high-ranking managers’ conduct, self-governance can become more challenging. Without taking proper steps to ensure the integrity of such an investigation, it can often appear to be mere lip… Read More »