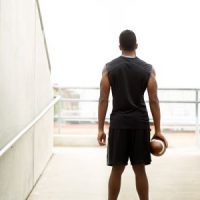 Why is college so expensive?  All of that money certainly isn’t going to professors, and, contrary to what some op-eds about the ridiculous price of a college education would have you believe, most universities don’t have theme park-grade lazy rivers on campus.  Part of the reason is that college sports is big business.  The bigger problem is that, if most students have the right to feel angry that universities are charging them so much for a degree that it will take them many years to pay off their student loans, student athletes have even more of a reason to feel that they are being used.  Yes, college sports bring lots of money to universities, but the students who play them don’t see a penny of it.  That will change when this year’s rising high school juniors head to college.  Maryland has enacted a law that will allow student-athletes, beginning in 2023, to profit from commercial use of their name, image, and likeness (NIL).  Student-athletes who wish to commercialize their NIL should engage the services of a business law attorney so that they can avoid financial abuse and excessive tax burdens.

Anyone who is establishing a business entity should do so with the help of a business law attorney.  This is especially true for student-athletes, most of whom are in their early 20s, if not younger.  If you have seen the ESPN documentary series about professional athletes who quickly lost their fortune because of fraudulent or risky endorsement deals, you will know how important it is to work with a lawyer who is on your side.  It isn’t fair for universities to profit from student-athletes’ NIL at the student-athletes’ expense, but it also isn’t fair for unscrupulous business partners to walk away with all the money from endorsement deals, either.

The law has just acknowledged that college sports are big business, and if you are a businessperson, you should work with a Washington DC business lawyer.  Contact Tobin, O’Connor & Ewing for help today.