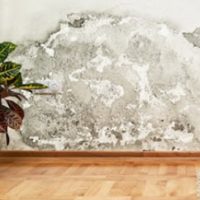 The worst thing about living with roommates is having to argue about whose responsibility it is to clean up messes in shared living areas such as the kitchen.  Multiply this problem hundreds of times over, and you will get an idea of how annoying it is for business owners and commercial landlords to resolve disputes about paying for maintenance to the rented property.  Meanwhile, the longer the damage persists, the harder it is for the business to operate normally, so both the business and the landlord lose money.  Small businesses have enough problems to deal with as the COVID-19 pandemic enters its third year; you should not have to deal with your landlord’s refusal to make needed repairs to the property.  For help resolving this and other disputes between landlords and commercial tenants, contact a Washington DC small business lawyer.

For George Sloan, buying White Oak Duckpin Lanes in Colesville was a labor of love.  He had worked at the bowling alley for 15 years before buying it from the previous owner in 2018; his parents cosigned a loan with him to help their son with the purchase amount.  White Oak Duckpin Lanes has been a community hangout in Montgomery County since 1959 and is the site of bowling league practices, birthday parties, and late-night cosmic bowling.  Recreational venues like bowling alleys were hard hit by the COVID-19 pandemic, but White Oak weathered the storm, with Sloan continuing to make rent payments to BF Saul/Saul Centers, the landlord that owns the New Hampshire Avenue shopping center where the bowling alley is located, and eventually White Oak Duckpin Lanes and the bowlers returned.

On Labor Day weekend, 2021, Tropical Depression Ida dumped rain on southern Maryland, and the bowling alley flooded.  Sloan called the insurance company, but they denied the claim, saying that since the water was coming from the floor, they should take the issue up with the landlord.  They could not reach the landlord on the holiday weekend, so the employees of the bowling alley and their friends did everything they could to remove the flood waters.  Despite their efforts, mold began to grow in the walls.

Contact Us About Disputes Between Landlords and Commercial Tenants

A small business lawyer can help you build a strong case in a dispute against the owner of the building where your business operates.  Contact Tobin O’Connor Concino P.C. for a consultation.