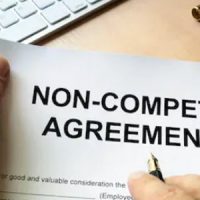 When Are Non-Compete Clauses Appropriate?

Non-compete clauses in employment contracts prohibit the employee from setting up a new business to compete with the employer, or to seek employment with one of the employer’s direct competitors, after the employee’s job with the employer ends; they specify time limits are geographic limits for which the agreement is valid.  The original purpose of non-compete agreements was for highly specialized jobs where an employee would learn a lot of information and skills that were not commonly known even to other people working in the same professional field; the agreement would prevent the employee from sharing this information with competing businesses.  They are designed to protect proprietary information and know-how not eligible to be covered by patents and trademarks.

Biden has said that his executive order targets overreach by non-compete clauses.  Many employers use them even when the employers have not taught their employees any skills beyond what they learned when becoming certified in their trade.  Is it fair to hire an electrician only on the condition that, after he stops working for you, he cannot work as an electrician in Prince George’s County for two years?  The worst non-compete clauses are “you’ll never work in this town again” agreements, and people sign them because they need the job.

Will Your Current Non-Compete Agreements Pass Muster in Biden’s America?

If your employees have signed non-compete agreements, review the agreements to see whether they are overly restrictive.  If they are, amend them.  In general, it is safe to prohibit employees from sharing client lists, but it is better to treat former employees as colleagues instead of potential competitors.

A business law attorney can help you draft employment contracts that protect your confidential information without restricting the rights of your employees.  Contact Tobin, O’Connor & Ewing for help today.